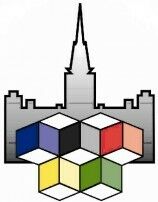 Objectives:
The Tournament is held to

The Tournament has been held since 2008, keeping the traditions of Open mathematics team tournaments of Russian regions, which were held in 2005-2007 (its providers included MCCME and “Bolshaya Peremena”). During 2005-2013 the representatives of 7 countries (Serbia, Ukraine, Kazakhstan, Mongolia, South Korea, Greece and Russia) and about 30 regions of Russia – from Saint Petersburg to Kamchatka – took part in this competition.

Teams, consisting of students of 4 final grades (in Russia these grades are 8, 9, 10, 11, in most other countries – 9, 10, 11, 12), representing their school, club, city or region, and their attendants (teachers) are invited to participate in the tournament. The tournament features two age leagues (youngers and elders, each consisting of 2 grades). The results of the individual classification will be declared to each grade separately, while the team classification (considering personal olympiads) will be declared to each league.

The Tournament contains three thematic rounds of individual olympiad, two in writing and one oral. Besides individual rounds there are team rounds (regatta and oral olympiad). Also the final round of The International Mathematical Modeling Challenge among Russian participants will be held (http://mathschool.ru/model).